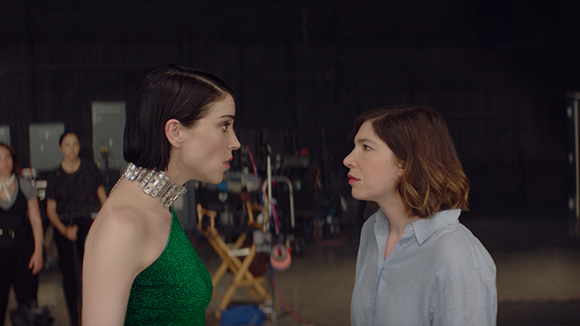 Editor Ali Greer cut The Nowhere Inn, IFC Films’ metafictional account of two creative forces that band together to create a documentary about artist St. Vincent. Real-life friends Annie Clark (a.k.a. recording/touring artist St. Vincent) and Carrie Brownstein take on the challenge, but quickly discover unpredictable forces lurking within the subject and filmmaker that threaten to derail their friendship and the project.

Bill Benz directed the feature, and Greer used Adobe Premiere Pro, After Effects and Photoshop to craft the story, combining narrative storytelling with documentary footage and concert pieces that weave together to keep the audiences engaged. The Nowhere Inn was released in theaters and on VOD on September 17th. Here, Greer talks about her involvement in the project and its challenges.

How did you come to edit The Nowhere Inn?

“In 2013, I worked as an assistant editor for Bill Benz on Portlandia. Six years later, I was still working with Carrie Brownstein and Bill Benz on Portlandia, at which point Bill and Carrie were both directing episodes, and I was editing. When Carrie told me she was writing a movie and Bill was directing, I was super excited to be asked to edit. It was a dream project.”


The film was released in September. What was your timeline for the edit?

“I started editing a couple days before filming began, which allowed me to be around for production meetings and get the project set up with my AE. We had four months to edit the film. By the time production wrapped, I was almost done with my editor’s cut.”

What camera formats were you working with?

“We had many formats in this film. The ‘mockumentary’ footage was shot on 16mm in 24fps. The concert and tour footage was shot on cameras of all different kinds in 23.98fps, as well as iPhone footage and Alexa footage with various Panavision anamorphic lenses to set the styles apart.”


What is unique about the editing for this project?

“The film has various styles with concert footage mixing in throughout the film. It was all at once a documentary, concert film and a narrative movie exploring friendship, celebrity and the role of personal lives in creating art. One of the most challenging parts was keeping all of the threads alive as the story progressed. Making sure there was enough concert footage to remember St. Vincent was on tour, as well as weaving in the narrative elements and friendship between Annie and Carrie was always on our minds. We worked a lot to foreshadow how strange the film becomes through montages, transitions and animated moments mixing styles and moods.” 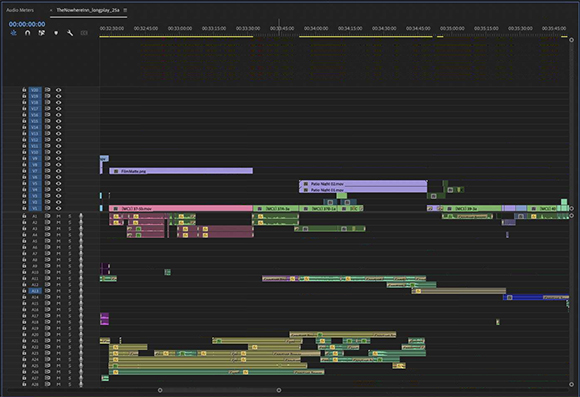 You cut the film in Adobe Premiere. How did it help you achieve your final results?

“Premiere Pro was a great program to edit in because we were able to edit together the scenes, then seamlessly bring them into After Effects to work on the animated transitions. We also had tons and tons of sound and music elements we were working with, and Premiere Pro has so many fantastic sound filters we use throughout the film. Being able to combine so many different formats was extremely important to creating the style and look of the film.”


What are your thoughts on the final results?


“The Nowhere Inn is an exploration into the concept of persona and the role that plays into creating music and art. With friendship at its core, the story follows a wild trajectory as we get to go deeper into the character of St. Vincent. For people who like Nicholas Roeg’s The Man Who Fell to Earth or Peter Greenaway’s The Cook, the Thief, His Wife & Her Lover, this film is for you. Annie Clark (a.k.a. St. Vincent) created a beautiful score throughout the movie.”